I chose Senegal because it is francophone, and I have had a passion for French ever since my family spent a year abroad in Geneva, Switzerland when I was thirteen. I chose Projects Abroad because a cousin of mine went to Peru with them and had an incredible experience. I also chose it because I wanted a complete immersion in the culture, as opposed to living and spending all my free time with other Americans.

Stepping off the plane into the airport in Dakar, more than anything, I felt nervous. The weeks before my trip had been filled constant research, warnings and precautionary advice from doctors, friends, family, and the Internet, and a myriad of e-mails to the Projects Abroad staff, who patiently responded without fail to every one of my questions. I had diligently prepared a notebook with several pages of tips and things to remember.

Within five minutes of landing, I had completely made my way through the airport with my bags. My first words, verbatim, to Cheikh, the Projects Abroad representative who was waiting outside with a big smile, were “Wow… that was so easy!” And that’s the way things seemed to go for my entire stay in Senegal.

My project was the Childcare & Community 2 Week Special, based in the beautiful French city of St. Louis, about four hours north of Dakar, the capital. St. Louis is a much calmer place than Dakar, and I was really able to get to know people, and explore my surroundings without feeling overwhelmed.

In the mornings, I worked at a talibé centre, which is kind of like a school for the street children. I chose to work in education, where I spent most mornings working with the kids on things like the alphabet, reading, drawing, French, or English.

In the afternoons, I worked in a daara, which is a cross between a Coranic school and an orphanage. The place was a little shabby when we got there, but we spent the two weeks completely re-painting it. We chipped off the old paint, filled in the cracks with cement, and painted everything. During that time, we got to know the kids. That was probably the best part.

The work we were doing meant more to me, because I know who we were doing it for and what it meant to them. During painting breaks, I would teach the kids hand games and songs. Every day after work, they would follow us down the street, waving, smiling, and yelling.

My Host Family in Senegal

I was fortunate enough to have an incredibly warm and welcoming host family. The father, Jean, was a school director, and was always teaching me and his other two “daughters” (Projects Abroad volunteers as well) the way of things in Senegal. It was a wonderful way to get a first-hand perspective into how Senegalese life works.

The mother, Elisabeth, was a phenomenal cook, who always served us first class meals, typically some sort of delicious meat with some sort of delicious sauce. Jean affectionately called her “Eli.” Then there was Thierry, their 23-year-old son, who I think of even now as a brother. He was always there to talk to if I felt uncomfortable approaching his/my parents, which wasn’t often.

Also living in the house was another two-weeker, a Belgian girl with whom I shared a room and became very close, and a 20-year-old Scottish girl, who was in Senegal for longer doing a human rights project. My arrangement was perfect. It was nearly impossible to get lonely, and it was virtually impossible to get hungry!

Although 95% of Senegalese are Muslim, my host family was Roman Catholic. During my stay in Senegal, I learned a great deal about religion and the role it plays in Senegalese life. I had the opportunity to live as a Christian (with my host family) and as a Muslim (with the children at the daara, and with my host family in Dakar, see “other adventures.”) The diversity I experienced in just three weeks was quite remarkable.

Other Adventures in Senegal

When I wasn’t working, there was still always something to do. On many nights, Projects Abroad organised an activity for us. These included things like a traditional Senegalese dance class, quiz nights, drinks and a concert, or painting. I spent a weekend at the Lampoul desert in Mauritania with two Projects Abroad staff members and my roommate who was also doing the 2 Week Special.

The desert was beautiful, and I had the exhilarating, unforgettable experience of riding a camel. I was also fortunate enough to be in Senegal for a baptism; a Projects Abroad staff member had a beautiful baby girl, and I tagged along with the other staff. The baptism was unlike anything I had ever been to before. It was one community, coming together to celebrate a joyous time, kind of like everyday life in Senegal on a smaller scale.

After my two-week programme was over, I spent an extra week in the capital city of Dakar with a Senegalese friend (I met Khamissa while she was studying abroad in the States). The leisure week I spent with her was a great way to finish off the trip. Khamissa took me all over the hustling-bustling capital city. We went to the Isle of Goree, where we saw the infamous slave house. We went to the monument of the African Renaissance, which was breath taking. We went to a zoological park, the president’s house, the plaza, and much more. I even tried praying with her family (who prays five times a day, as they are Muslim).

I was so sad to leave Senegal, and all the friends and memories that I made. With each day that passes, I miss it more. I recommend Projects Abroad and this warm and welcoming country to anyone and everyone who is up for an incredible and life-changing experience. 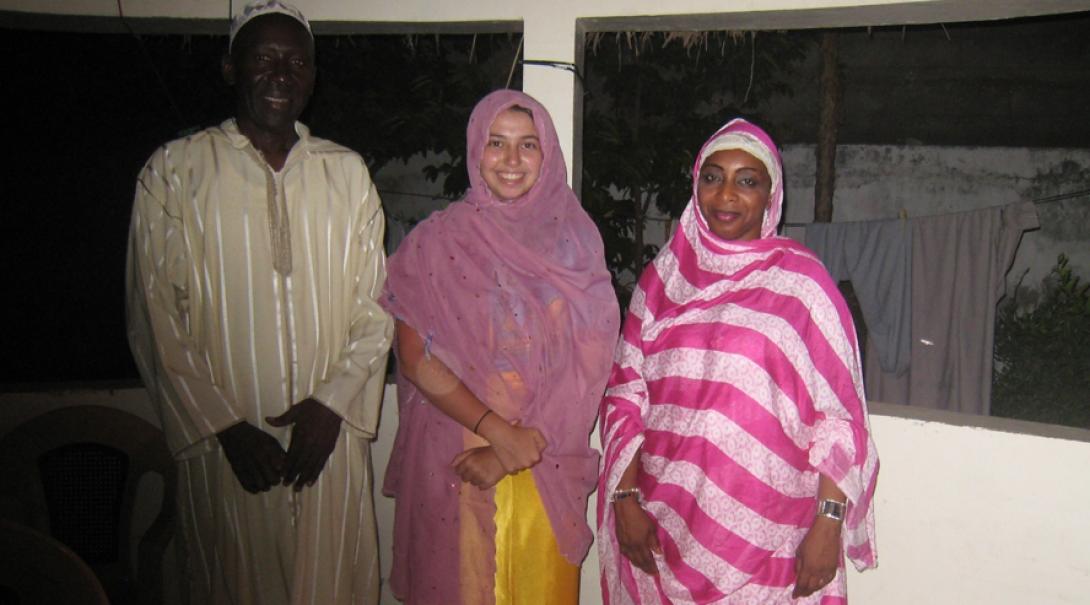